The ups and downs of lake SUP

My paddling experiences this year started with a flatwater paddle on New Year's Day with my partner in crime and muse, S.

Then shortly thereafter, we started regular classes out in Etobicoke, training at Paddle Sport Performance. These were great classes - great weight/cardio training, plus a lot of time on ergs practicing paddle stroke. The race days were awesome - both the team and individual erg challenges. S kicked ass, as expected; I did adequately but couldn't compete with the dragonboaters in the class.

While S was out SUP surfing every chance she could, I skipped the cold of Jan and Feb, but did get back to winter lake surf in March and April a few times.

In May, for my 40th birthday, she and I went to Guatemala for a second time to revisit Lago Atitlan... 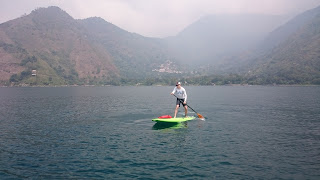 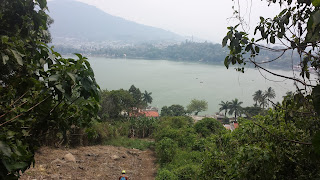 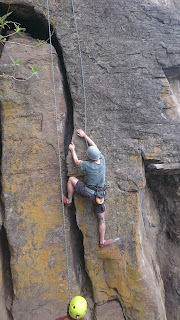 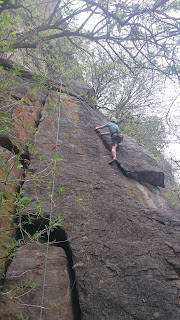 ... and hike up to the top of Volcan Acatenango to watch Volcan Fuego errupt! 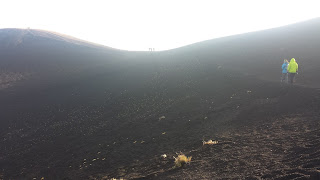 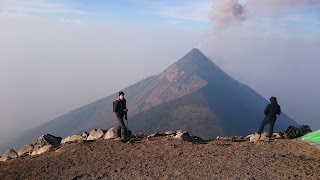 The same day we summitted we then jogged down and after a couple of celebratory beers & a bag of chicharrones from the nearby tienda, we hopped into a van to head to the beach for a couple days' rest & surf. 4000m of elevation lost in one day! 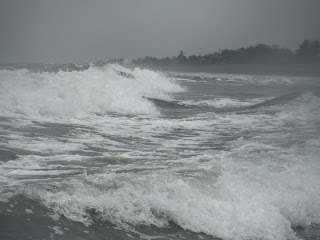 A couple weeks later, I retrieved my Boardworks 14' Ohana from Surf Ontario, ready for the start of race season.

While S was able to attend nearly every race of the Thursday SUP Series at the Toronto Wind Surf Club, I got to about 1/3rd of the races - fatigue, work, illness, or injury getting in the way of being able to go every week. 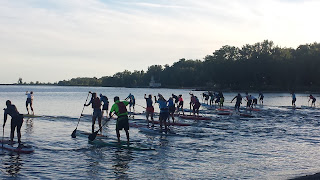 The races were a lot of fun - wish I'd been able to go to more of them. By the end of the season, S had picked up enough points to win 1rst place Women's Rec, and I'd finished third Men's Rec.

In July, S & spent a couple days SUPping on the Madawaska River & playing on standing waves. 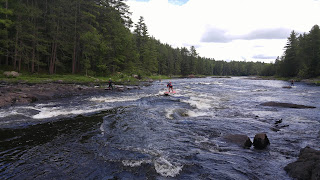 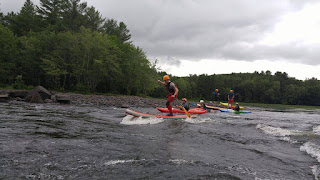 In August, S & I went to Collingwood to do a race and introduce my mom to the fun that is SUP. I placed a respectable 4th, and S got on the podium, as usual. 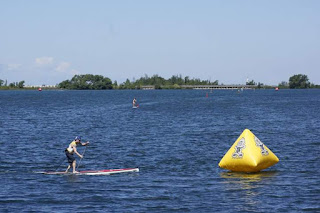 Amazingly, there was surf at some point every month this summer. Had some great sessions at Pleasant Beach on Lake Erie, and some good rides at Ashbridges Bay on Lake Ontario, too.

But my best day on the lake this season came - fortunately or not - immediately after an injury. My first wave that day - before warming up and remembering how to do things correctly - threw me off the left side of the board. Unfortunately, I tried valiantly to keep my right leg ON the board, thinking that if I put down enough weight I could keep the board from tipping and dumping me. Instead, I heard a cracking noise and went over. Undeterred, I had the best SUP surf session ever - probably because the ankle injury prevented me from putting too much weight on my front foot, so I was properly sinking the tail.

(Nothing was actually broken - what I heard was likely the joint popping a la knuckle cracking, or perhaps I actually tore some ligament. Not really sure. Didn't hurt that much at the time - just a dull annoyance, mostly.)

90 mins later, we got off the water and went home to ice the ankle & finish packing... because the next morning I was on a plane to Newfoundland with 4 friends to spend a week in St. John's. Planned for the week were: walking, hiking, rock climbing, bouldering, driving 3-4hrs away & kayaking.

Instead I learned way more than I want to about anti-inflammatories like naproxen, KT tape, tensor bandages, ice packs, and just how much pain I can endure. I scrubbed the climbing, reduced the hiking to a minimum, only bouldered a little, and dropped back to secondary driver. Sucks, but if nothing else I know that like with Guatemala, I will definitely have to re-visit the Rock someday for a more comprehensive visit. 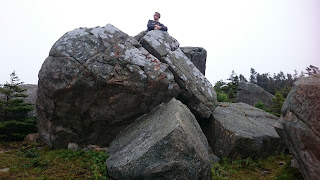 It's been 8 weeks since the ankle sprain on Sept 2, and it's almost back to normal - I'm biking a few kms pretty much every other day, climbing 5.10+ & 5.11a without needing the tensor bandage, and just got back out this week for a flatwater SUP. Running is still pretty uncomfortable, but that'll come back eventually. Hopefully, this weekend will mark my return to Lake Erie and Pleasant Beach - this time without the injury! 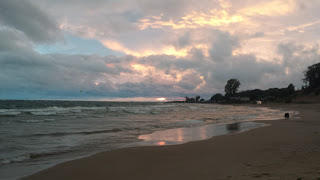